for voices, ensemble and electronics in collaboration with Kaffe Matthews. First performed Southbank Centre, London, May 2012

for solo countertenor and SATB chorus

THE GAZETTEER OF WORLD ORDER

THERE WER A LITTL BABBY

for string quartet. Commissioned by the Balanescu Quartet, first performed at the Phoenix, Leicester

soundtrack for theatre performance (stage adaptation of A Farewell to Arms by Ernest Hemingway) by Imitating the Dog Theatre Co. Adapted and directed by Andrew Quick and Pete Brooks

soundtrack for theatre performance by Imitating the Dog Theatre Co. Written and directed by Andrew Quick and Pete Brooks

Music for Halton’s ‘Our Town Story’, The Millennium Dome, Sept 2000

Music for version for TV Lumiere & Son Theatre Company (produced by After Image for Channel 4 TV) 1987Type your paragraph here.

The real triumph was the score by Jeremy Peyton Jones, which blended the repetitive fragments of minimalism with a strong, muscular pulse.  By intercutting this with repeated taped snatches of Berg's opera (Lulu), a vibrant contrast was created which heightened the theatrical effects; Peyton Jones' style is well away from the contemporary mainstream, but he has a powerful original vision which it may well prove difficult to ignore. The Musical Times 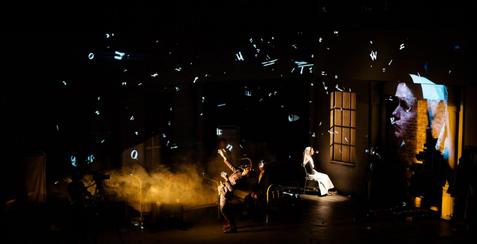 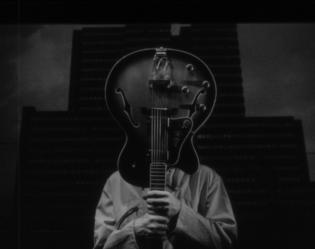 Centring on four voices tellingly woven together over subtly repetitive keyboard, string and brass arrangements, Jones's compositions use found texts - placenames from a gazetteer, navigational instructions from nautical almanacs - to focus his music's affecting musings on such weighty topics as identity, insecurity and isolation. Chris Parker, THE TIMES

"..the pleasure of almost watching the clustering harmonics drift back down to earth, like a sonic meteor shower, was immense" Louise Gray, The Wire

"As layers of quasi-tonal figures build into big textures and impressive contrapuntal madness, only to subside into peaceful droning, the power and grace of the electric guitar becomes evident. This is the instrument like you’ve never heard it. Big and bold? Yes! But also expressive and nuanced." SPLENDID E-Zine 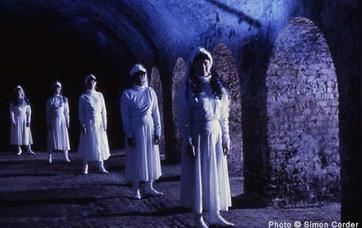 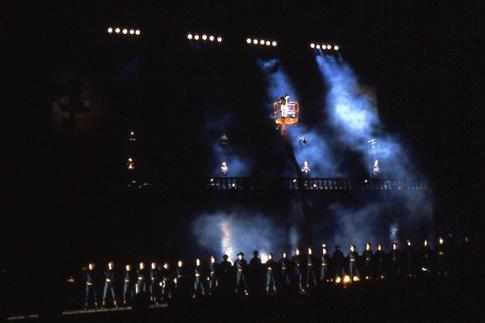 The music is the best sort of minimalism, the 'systems' technique bolstered with rising motifs, melodic resolutions and pounding rocky rhythms. This is an admirable and successful effort to develop experimental techniques acquired from major European practitioners and filtered through our own network of new theatre groups.
Michael Coveney, The Financial Times

Regular Music opens with an organ peal, whining oriental violins, chittering hi-hat; and bursts into a thunder of drums and pumping strings........."Idyllic Rhythms" is Peyton Jones' and the collection's strongest suit.....a punk alternative to the trance opera of Reich and Glass. Mark Sinker, The Wire