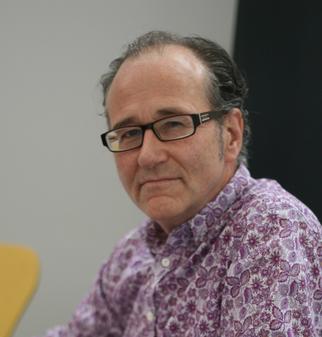 After early years spent singing in Exeter Cathedral choir, Jeremy Peyton Jones spent his teenage years steeped in English folk and British and American rock music. He went on to study music at Dartington College of Arts and Goldsmiths College where he played saxophone in an improvising street band, attended a summer school with John Cage and played in an ensemble with Christian Wolff. He developed a strong interest in American composers Reich and Glass and the British Experimental music of Howard Skempton, Gavin Bryars, John White and Michael Nyman. On leaving he formed the ensemble REGULAR MUSIC with ex-Goldsmiths and SE London musicians including pianist/composers Andrew Poppy, Helen Ottaway and John Parry and This Heat drummer Charles Hayward.

In 1990 the ensemble reformed under the title REGULAR MUSIC II with a larger line-up including trombonist Ashley Slater, singers Melanie Pappenheim and Mike Henry, and viola player Jocelyn Pook. REGULAR MUSIC II recorded a cd North South East West on Robi Droli’s Newtone label (Nt 6748 2) which was voted "Best Modern Composition CD" by The Wire in their round-up of the year 1996. Other recordings include several works on UNKNOWN PUBLIC and a recording of his multiple guitar piece 18 Guitars by Canadian guitarist Tim Brady on his cd 10 Collaborations Justin Time Records (Jtr 8494 / 5-2).

Two years in the early 80’s spent programming new music and live performance at the Midland Group Arts Centre in Nottingham brought him into contact with the work of many experimental live art, theatre and dance companies and he subsequently worked collaboratively for several visual theatre companies writing scores for the seminal A Place in Europe (1983) for Impact Theatre Cooperative, large-scale site-specific works for Lumiere & Son Theatre Company and several collaborations with director Pete Brooks with Insomniac Productions and more recently imitating the dog theatre company.

Commissions include music for the Balanescu Quartet, Tim Brady, a chamber opera for the Royal Opera House, and a Nocturne for BBC Radio 3. He has also written works for the harpsichordist Jane Chapman, the keyboard duo Keynote+, and several vocal works for singer Melanie Pappenheim.  Current projects include an ongoing series of music theatre works under the collective title Against Oblivion. Part 1 was premiered at Toynbee Studios, London in March 2007 directed by Emma Bernard, Part 2 at the 2009 Tête à Tête Opera Festival at Riverside Studios, and Part 3 created with the Sicilian Improvisers Orchestra, was premiered at the Teatro Garibaldi, Palermo in April 2014.  Endings, a series of settings of the ends of works of literature and other pieces concerning endings of various kinds, created in a collaboration between Regular Music II and electronic composer Kaffe Matthews was premiered at the Southbank Centre London in May 2012.

Jeremy has written on live performance and music for Performance Magazine and Live Art Magazine. During the 1990’s he taught at Nottingham Trent University on its innovative interdisciplinary arts courses and has lectured on contemporary music and its relation with time based media at Central St Martins School and Wimbledon School of Art. He is currently senior lecturer in music at Goldsmiths, University of London and has contributed writing to various publications on repetition in music and performance, collaboration and the devising process.    He was composer in residence at Brisbane Conservatorium during 2002 where he worked collaboratively with the Australian new music ensemble TOPOLOGY.