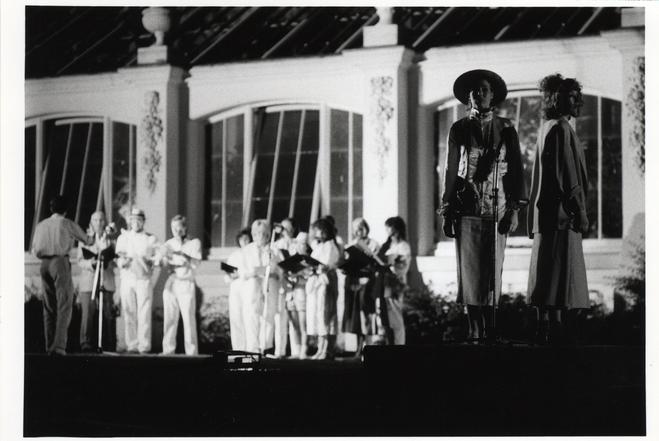 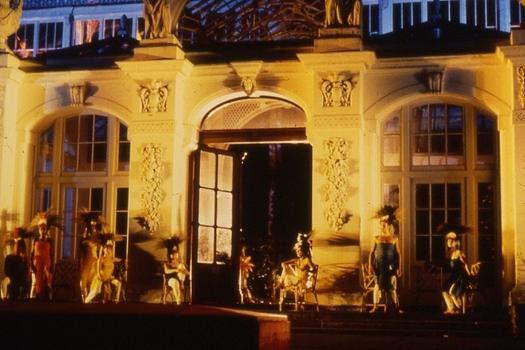 "...a new recognition of what theatre can be........a theatrical triumph........the arrangement of music, text, choreography, visual elements and performance in a juxtaposition that transcends literal sense and takes on a new subjective meaning.”    Ken Rea, New Statesman

“This extraordinary agitational spectacle, devised and directed by Hilary Westlake, takes one on a promenade through the Royal Botanical Gardens, Kew, in gathering darkness both to evoke the sights and sounds of the world’s rainforests and to lament their destruction. The result is something rare; a show that manages to be popular, political and avant-garde all at the same time. “  Michael Billington, The Guardian

Deadwood was commissioned by Waterman's Arts Centre and performed by over a hundred performers in the Royal Botanical Gardens, Kew. The perambulatory show, about the destruction of the rainforest, played for four evenings to audiences of 2000

Deadwood was recreated for the Singapore Arts Festival under the title The Fragile Forest.