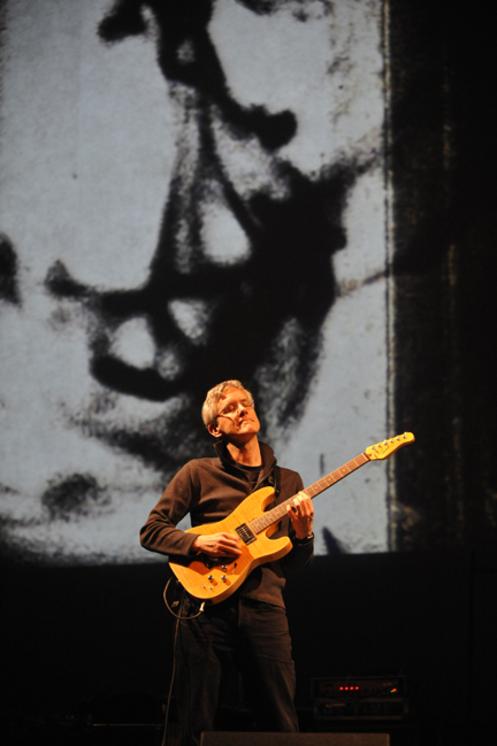 The programme featured two major electric guitar works by Peyton Jones – ‘Concerto for Electric Guitar and Amplified Ensemble’ and ’18 Guitars’. It also included Brady’s ‘Revolutionary Songs’, considered to be one of his most important vocal pieces, the UK premiere of ‘Linear Projection in a Jump Cut World’ from his new CD, ‘Strange Attractors’, plus other works for voice and ensemble by Peyton Jones. These included a new arrangement of ‘Idyllic Rhythms’ and, at the London concert only settings of Pablo Neruda and James Joyce for singers Melanie Pappenheim and Annie Tremblay.